The government will consult on tougher regulation for the pre-paid funeral plan sector to protect the elderly and their families. 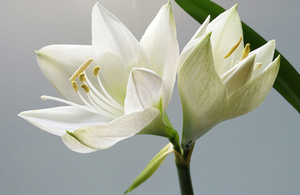 New plans to stop grieving families from being ripped off have been announced today (1 June 2018). The government will consult on tougher regulation for the pre-paid funeral plan sector, and propose bringing the market into the supervision of the Financial Conduct Authority (FCA).

People at their most vulnerable are being pressured, harassed and misled by some pre-paid funeral plan providers, according to research conducted by Citizens Advice Scotland and Fairer Finance. Approximately 95% of the funeral plan sector is voluntarily regulated by the Funeral Planning Authority (FPA), a self-regulatory body.

The FPA does not have the power to prevent pre-paid funeral plan providers from trading, and while it does have a code of practice for its members, this code is not legally binding.

I’m appalled by the lengths that some dishonest salesmen have gone to in order to sell a funeral plan. It breaks my heart to think that our oldest and most vulnerable are being pressured into funeral plans that leaves their grieving families out of pocket. There are thousands of pre-paid funeral plans bought each year, and most providers are fair and legitimate. But tougher regulation will ensure robust standards are enforced for all plan providers, and protect individuals and their families if things go wrong.

Demand for funeral plans has grown significantly in recent years, with annual sales up roughly 245% between 2006 and 2017, but the regulations have remained unchanged since 2001.

Funeral plans are an important and valuable product, and we hope regulation of this sector will give responsible companies the chance to thrive, and give consumers the necessary reassurances they need to buy in confidence. People who buy funeral plans are not around to measure delivery against their expectations, which is why it’s so important there are clear rules around how companies must behave. And with most plans costing over £3,000 – it’s important that customers can have total confidence that their money is safe.

In parallel to this call for evidence, the Competition and Markets Authority has launched a market study into the supply of funerals in the United Kingdom.

A funeral plan is a contract under which a customer makes one or more payments to a provider, who subsequently arranges or pays for a funeral upon the death of the customer. Providers either invest these payments in a trust fund or take out a form of insurance against the life of the customer. This enables customers to pay for a funeral in advance and safeguard against inflation.

Pre-paid funeral plans exhibit many of the characteristics of other financial services products, such as insurance products, which is why responsibility for this call for evidence is within the remit of HM Treasury.

10 charity funds that help the bereaved